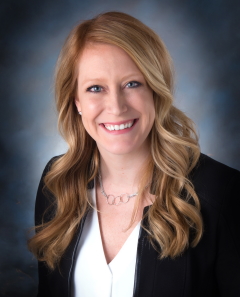 Dr. Jazwick joined Columbus Otolaryngology Clinic in 2022. She is from Bradshaw, Nebraska, and became interested in Columbus during a medical school rotation with Dr. Novotny. She was impressed by the practice and enjoyed serving the people of Columbus. Her husband is a native of the Columbus area, which was also why they were eager to come here.

Dr. Jazwick completed her undergraduate education at Creighton University in Omaha, Nebraska, and received her medical degree from Des Moines University in Des Moines, Iowa. She then completed a residency in otolaryngology-head and neck surgery at University of Nebraska Medical Center in Omaha, Nebraska. She is certified by the American Red Cross in cardiopulmonary resuscitation, advanced cardiac life support, basic life support and rapid responder. She is a member of the American Academy of Otolaryngology-Head and Neck Surgery, American Head & Neck Society, American Rhinologic Society, International Surgical Sleep Society, American Osteopathic Association and American Medical Association.